The prices listed in the graphic below are from the the top ticket website listings and were viewed and recorded by us on 8/20/17. 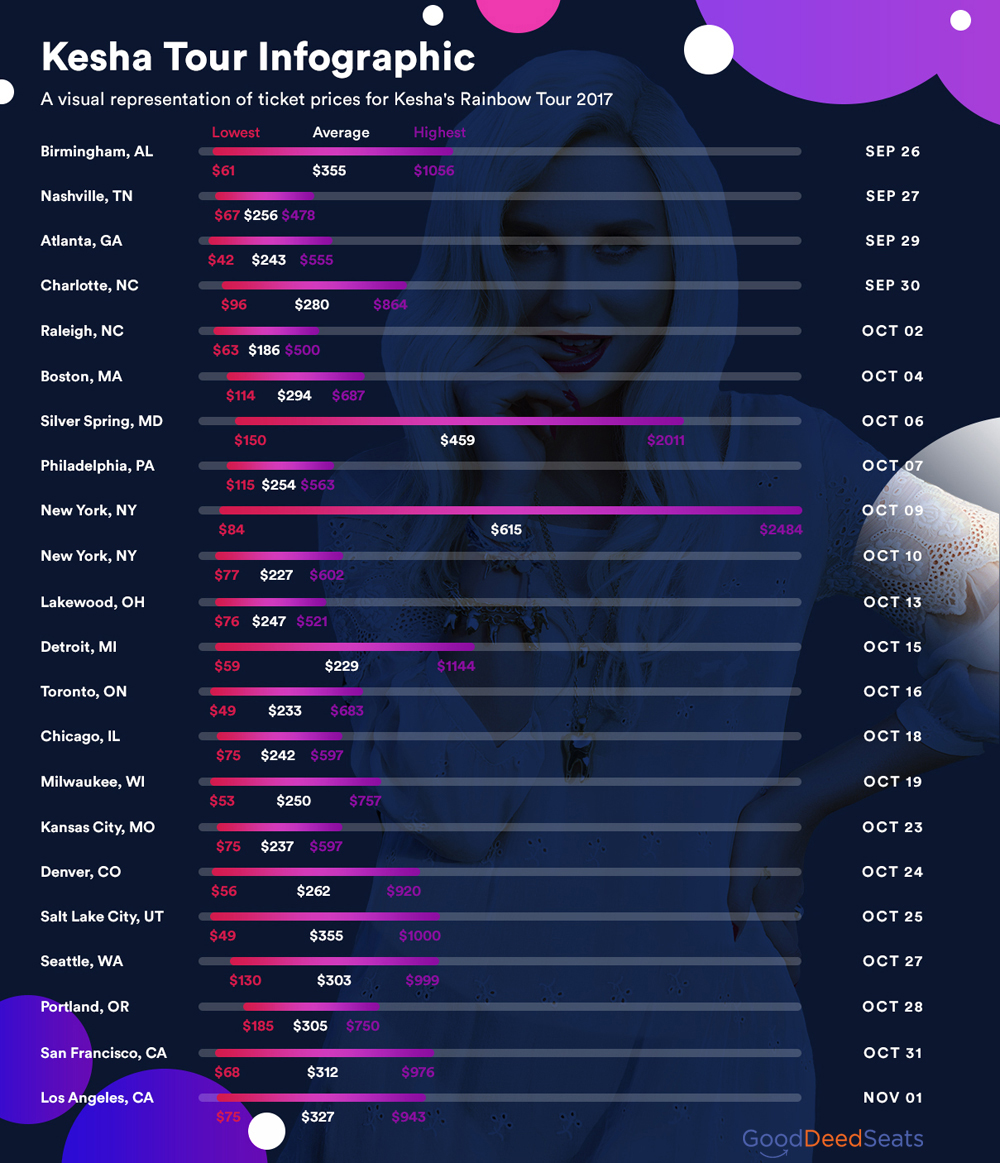 Kesha is an energetic performer who can sellout a small theatre as easily as she can sellout an arena. That’s why she’s played to packed houses all over the world including venues in San Antonio, Milwaukee, Manila, São Paulo, and Tokyo.

For her upcoming “Rainbow Tour 2017,” Kesha will perform in more than twenty North American cities. On Sept. 27, the "Tik Tok" singer has a gig in her hometown of Nashville, Tennessee.

Her immense popularity pushes Kesha ticket prices upwards, but that’s mainly for seats close to the stage. There are values to be had if you’re more concerned about just being at a Kesha concert then being physically close to the singer. However, if you're thinking of going to Kesha's New York City concert, it's going to cost you. NYC has the highest-priced tickets by far. For the lowest average price, Raleigh, NC may be the place for you!

How We Came Up With the Numbers

We did a Google search and recorded the price of the top twenty company's prices for each city/date on her tour stop.

We found the lowest, highest and average from that data and those are the numbers you see above for each of her tour stops.

* The prices listed in the graphic above were viewed and recorded by us on 8/20/17 and represent the data of the top ticket website listings. Prices may change.