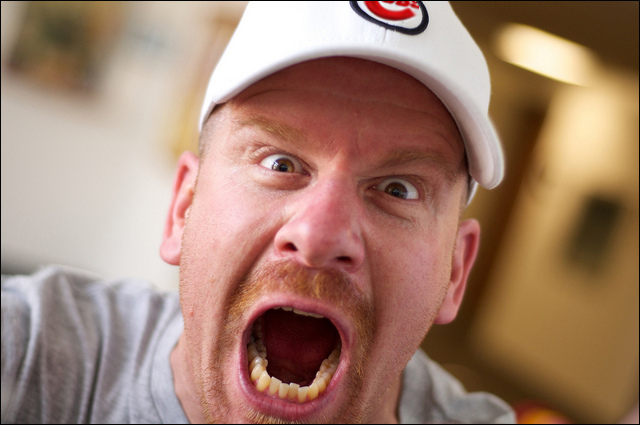 It’s the ultimate case of be careful what you wish for.

Fans rejoiced.  Celebrities co-opted the event for their own gain.  Major League Baseball raked in the money—Game 7 of the 2016 World Series was seen by 40 million Americans.

It was the feelgood sports story of the year.  It was also the worst thing to happen to the Chicago Cubs and Major League Baseball.

The Cubs were lovable losers.  They were everyone’s favorite, or second favorite, team (except if you’re a fan of the Chicago White Sox or St. Louis Cardinals).

They were the only team, probably the only team in all of sports, you could adopt as your favorite team regardless of where you lived or who you were or how much you liked baseball.

Who was going to object to someone suddenly rooting for a team that hadn’t won a World Series since Theodore Roosevelt was in the oval office?

Furthermore, the Cubs are old school.  They’ve been in the National League since 1876.  They are quintessentially baseball.  They have cool colors, a cool logo, and cool uniforms.

They play in the cathedral of sports, Wrigley Field.  Even people who don’t like baseball, want to see a game at the Friendly Confines.

Best of all, there was an exuberance surrounding the team.  Sure, there were heartaches, but there were also a lot positive memories too.

No team, in any sport, captured the pure of joy of attending a sporting event like the Chicago Cubs and Wrigley Field.

By winning the 2016 World Series, The Cubs may have thrown it all away.  Gone are the lovable losers.

Why Could They Be Hated Now?

Everyone hates winners.  The Cubs are now winners. 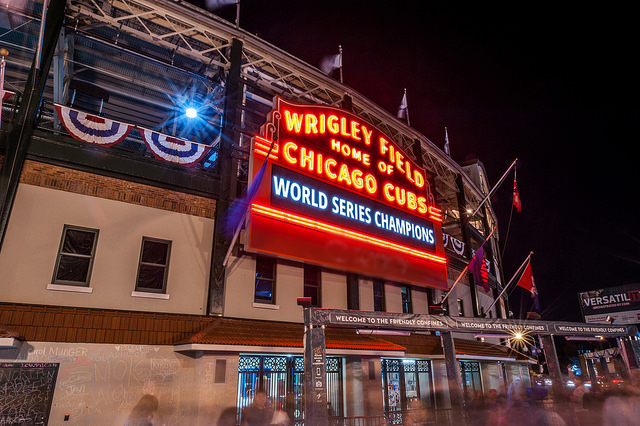 And, judging from pundits, they’re not done winning.  Oddsmakers like the Cubs to return to the World Series and PECOTA is predicting them to win 91 games and the NL Central in 2017.

If the Cubs stay healthy, they have a great chance to return to the World Series.  Remember, after the Boston Red Sox ended their drought in 2004, they captured titles again in 2007 and 2013.

Now you can’t become a Cubs fan or you’ll be a bandwagoner.

Without the façade of being lovable losers, owner Joe Ricketts and his family are extremely easy to root against.  So are manager Joe Maddon, and president of baseball operations, Theo Epstein.

However, the Cubs do seem to have a lot of good human beings on their team.  Then again, so did the Yankees when they were winning titles and everybody hated them.

Chicago is the third biggest city in America and considered by many to be as corrupt as the day is long.  No love lost there.

And possibly not helping matters are the oodles of celebrities claiming to be Cubs fans.  Do you think celebrities like Bill Murray, Eddie Vedder, Jeremy Piven, and Pete Wentz are really going to endear folks to the Cubs? Maybe. Or maybe not.

Their championship drought countered all the things that would have normally made us hate a professional sports franchise.  Now that the drought is over, there may be less reasons not to hate them.

A similar fate nearly befell the Red Sox, but they had one big thing going for them.  They are Yankee killers.

Baseball fans need someone to counter the most hated franchise of all-time, the New York Yankees, and the Red Sox are it.  While there’s a lot to hate about the Red Sox, they get a pass because, when compared to the Bronx Bombers, they are the lesser of two evils.

The Cubs have no such luxury.  While we should hate the St. Louis Cardinals, as they are a truly deplorable franchise, St. Louis fans are great and the franchise does a great job of hiding its evilness.

So, congratulations Cubs.  Even when you win you lose.  Enjoy the expectations that come with winning.  Instead of being special, you’re just another ordinary team.

Yes, you’re defending champs, but eventually you won’t be.  For the better part of 108 years, you were always lovable losers.

Will They Be Replaced?

While the Indians have some of the same things Chicago had going for them, no one is going to root for any team from a dump of a city like Cleveland.  It might possibly be the worst place in America.  After all, it’s river caught on fire.

The Texas Rangers and Houston Astros have droughts of 55 years and 54 years respectively, but neither are very lovable.  The Texas Rangers will always be overshadowed by the Dallas Cowboys and the Astros are on everyone’s shortlist for contraction.

What about the Washington Nationals and the Seattle Mariners?  Both franchises have never even been to the Fall Classic.

Let’s face it, the Cubs had it good.  They were an extremely popular team who play in one of the greatest stadiums on the planet.  They never had to worry about selling Cubs tickets or merchandize.

Without a long championship drought to fall back on, the Cubs are just like everyone else.