Way back in 2006, NME released a list of the 100 greatest British albums of all-time. Here’s the top of their rundown:

Their list made us ask, “Is something in the water in Manchester?”  The bands responsible for the first three albums all hail from Manchester. 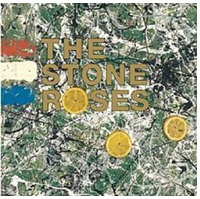 The Stone Roses seminal self-titled debut received the top position while The Smiths’ The Queen is Dead ranked second. Oasis came in at the third spot with 1994’s Definitely Maybe.

Obviously, London was the most represented city with four bands (Sex Pistols, Blur, The Clash, and The Libertines), but you expect that. London is home to about nine million people.

Sheffield had two entries, Arctic Monkeys and Pulp. Whatever People Say I Am, That’s What I’m Not came in at number five and Different Class was awarded the seventh spot.

The band we have yet to mention are a little foursome from Liverpool, The Beatles. Maybe you’ve heard of them?  Their 1966 album Revolver was ninth.

Almost certainly, you have an opinion about NME’s list. Regardless of how you feel, you must be impressed by Arctic Monkeys coming in at number five. Their entry dropped just three days before NME released their list.

Whatever People Say I Am, That’s What I’m Not sold 360,000 copies in its first week on the streets. That’s still the best sales figure for a debut album by a band in the annals of British popular music.

One of the many lists referenced on that page is NME’s 100 Greatest Albums of the Decade of 2000 through 2009. The only two albums from the list previously referenced that fall within that era are Arctic Monkeys’ Whatever People Say I Am, That’s What I’m Not and The Libertines’ Up The Bracket. 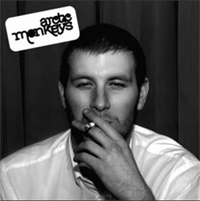 Neither of those two albums were number one. That went to The Strokes’ Is This It.

That makes sense. The Strokes are from New York City and don’t qualify for the list of greatest British albums.

Yet, The Libertines’ Up The Bracket was ranked in the penultimate spot while Arctic Monkeys’ Whatever People Say I Am, That’s What I’m Not was fourth (Xtrmnatr, from Scotland’s Primal Scream, was third).

So Whatever People Say I Am, That’s What I’m Not is ranked higher than Up The Bracket when it comes to eternity but it’s lower when we just look at a particular decade. Go figure.

Of course, NME is not the only entity to release lists of great British albums. In 2012, record shop HMV conducted a poll to name the greatest British albums of the past 60 years (in other words 1952 to 2012)—the duration corresponded to the Queen’s Jubilee. 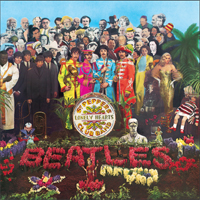 Before you dismiss their collection for not being “of all-time,” remember that the LP was invented in 1948 and lagged behind the 45 (the single) until the 1960s.

Therefore, a list of greatest albums that only goes back to 1952 is basically the same as a list that’s “of all-time.”

In 2004, another venerated list of the greatest British albums was published by Observer Music Monthly. At the time, their list was billed as the “most authoritative poll of its kind.”

You can peruse all 100 entries via their sister publication, The Guardian.

Rolling Stones may not have made the top half dozen, but they have three albums in the next six spots (Sticky Fingers, Exile on Main St., Beggars Banquet).

In 2000, Q magazine released their own list of the 100 Greatest British albums and it’s a little more entrenched in the classics. 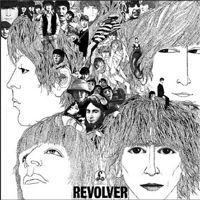 Beatles fans want to point out that the Fab Four have placed five different albums on the top of four different lists chronicling the greatest British albums of all-time.

Okay, we know who critics and fans adore, but what about what really counts?  What about album sales?

In 2016, to celebrate the 60th anniversary of the United Kingdom’s Official Album Chart, a list was released of the all-time, best-selling albums in British history.

It should be noted that none of the entries from NME’s Top Ten Greatest British Albums of All-Time, the list that opened this article, made the top 60 in all-time album sales. 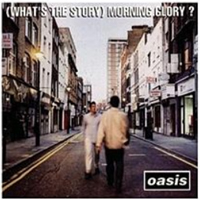 The Beatles and Oasis, however, did make the top ten with different albums.

One group inconspicuous by their absence is Led Zeppelin. It’s hard to believe that a band who concentrated their efforts on creating albums, and not singles, hasn’t been mentioned.

Well, to make Zeppelin fans feel better, they placed second on this list of the 20 greatest British Rock Bands of All-Time.