Tom Brady has long been in the conversation of both the greatest quarterback as well as the greatest player of all-time. Now 40 years old, Brady is still seemingly in his prime and has mentioned that he would like to play until he is 45.

Even if he intended to retire tomorrow, Brady could stake a pretty good claim that he is the greatest player in NFL history. 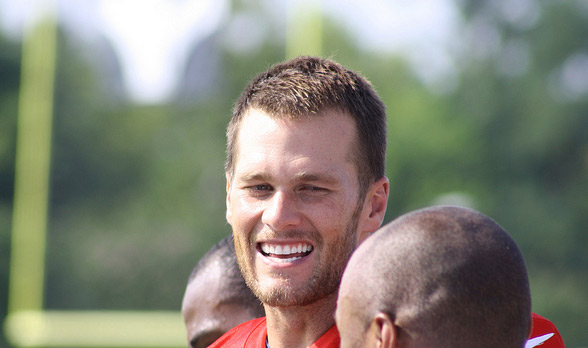 Brady has played in 8 Super Bowls with the New England Patriots. The next closest player is former Buffalo and Denver nose tackle Mike Lodish.

With the Patriots victory in Super Bowl LI, Brady won his 5th title as a starting quarterback, eclipsing Joe Montana and Terry Bradshaw who each had 4.

Of course, Brady’s career isn’t only about Super Bowls.

Not A Top Prospect

Brady was a hotly recruited player coming out of High School in San Mateo California. He was also a star baseball player, good enough to be drafted by the Montreal Expos in the 18th round.

He eventually chose to attend the University of Michigan.

Brady spent his first two years at Michigan backing up future NFL quarterback Brian Griese. While he was able to win the starting job in the 1998 and 1999 seasons, the situation was not ideal.

The two players would rotate quarters with Carr letting which ever one was playing better finish the game. This made life difficult for both players.

The haphazard situation made it difficult for NFL scouts to properly evaluate Brady.

Brady was not seen as an elite prospect and lasted until the 199th pick where he was drafted by the New England Patriots. 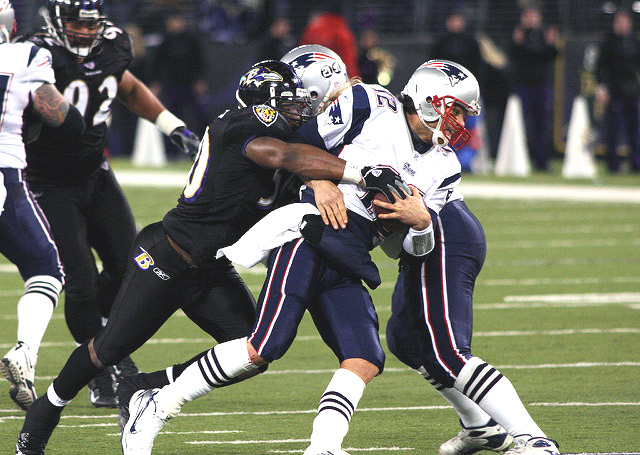 The Patriots did not draft Brady expecting him to become a star level player. The team already had an All-Pro at quarterback in Drew Bledsoe.

Brady began the 2000 season 4th on the depth chart, but eventually became Bledsoe’s backup by the end of the season.

The 2001 season began in disastrous fashion for the Pats as they started 0-2. In the second game of the season, Bledsoe suffered a serious rib injury that would cost him the rest of the regular season.

Brady took over a veteran team and acted as a game manager as the team won 11 games and a first round bye.

The Patriots defeated the Raiders in the famous tuck-rule game, then beat the Steelers to qualify for Super Bowl XXXVI against the juggernaut St. Louis Rams.

The Patriots won the game on a last-minute field-goal and Brady became, at 24, the youngest starting quarterback to ever win a Super Bowl. 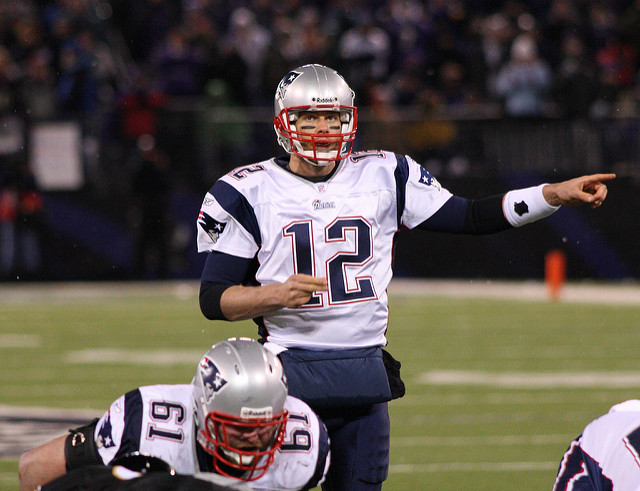 The Patriots Become A Dynasty

With the Super Bowl win, the Patriots became Brady’s team as Drew Bledsoe was traded to the Buffalo Bills. In the 2002 season, coach Bill Belichick allowed Brady to throw the ball more and he finished the season with 28 touchdown passes.

The Patriots went 9-7 but did not reach the playoffs.

In 2003, Brady continued his maturation. He did not throw for many touchdowns but had a stellar passer rating and was in the MVP race.

The Patriots once again reached the Super Bowl, where they defeated the Carolina Panthers on another late field goal by Adam Vinatieri. 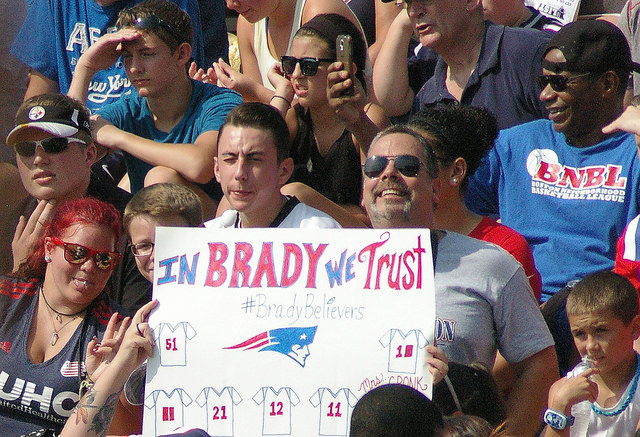 The 2004 season saw continued success for the Pats.

Brady was again an MVP candidate and the team finished 14-2.

They once again reached the Super Bowl by dispatching Peyton Manning’s Colts and the Steelers. They again won a close Super Bowl, defeating the Philadelphia Eagles 24-21.

The Undefeated Team & The Devastating Injury

The 2005 and 2006 seasons were also successful ones for the team. While they qualified for the playoffs, they were unable to reach the Super Bowl again.

In 2007 offseason, the team acquired wide receiver Randy Moss, setting the stage for an offensive explosion.

The 2007 Patriots ran through the NFL like a buzz saw, finishing the season 16-0. The addition of a talent like Moss took Brady’s game to an entire new level as he threw for an NFL record 50 touchdown passes.

The team however, lost to the New York Giants in Super Bowl XLII.

Following the devastating loss to the Giants, the Patriots suffered another setback as Brady tore his ACL and MCL in the first game of the 2008 season.

He missed the entire year.

He returned with a vengeance in 2009, but the team was soundly defeated by the Baltimore Ravens in the playoffs.

In 2010, the team suffered another playoff loss, this time to the hated New York Jets. In 2011, the team was again able to reach the Super Bowl where they lost in a classic game against the New York Giants.

In 2012 and 2013 the Patriots continued to be a force in the AFC and Brady continued his climb up the all-time leaderboards. Brady received significant contract extensions from the Patriots to ensure that he would retire with the team.

In 2014 the Patriots again ran through the AFC. After a 9-year drought, they were able to win Super Bowl XLIX against the Seahawks in a game famous for Seattle’s decision to pass the ball from the one-yard line. 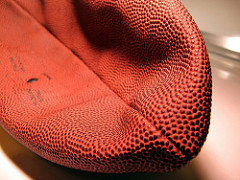 The 2014 offseason saw controversy as Tom Brady was accused of manipulating the air pressure in game balls.

After a dramatic offseason, the NFL announced that Brady would be suspended for the first 4 games of the season.

The suspension was overturned, and Brady was able to play in all 16 games of a 2015 season that ended in a playoff loss.

The controversy reappeared in 2016 and Brady was subsequently suspended for the first four games of that season. 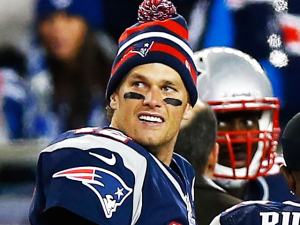 Following his suspension, Brady continued to dominate the league.

The Patriots capped a successful playoff run by reaching Super Bowl LI against the Atlanta Falcons.

The 2017 Patriots again reached the Super Bowl, the 8th time Brady had appeared.

The game again came down to the last minute as the Philadelphia Eagles were able to defeat the Patriots.

Brady will be returning for the 2018 season and despite his age, shows no signs of slowing down.

If he can reach his goal of playing until he is 45, who knows how many more accolades he can add to his resume.

(all NFL records data from Wikipedia)